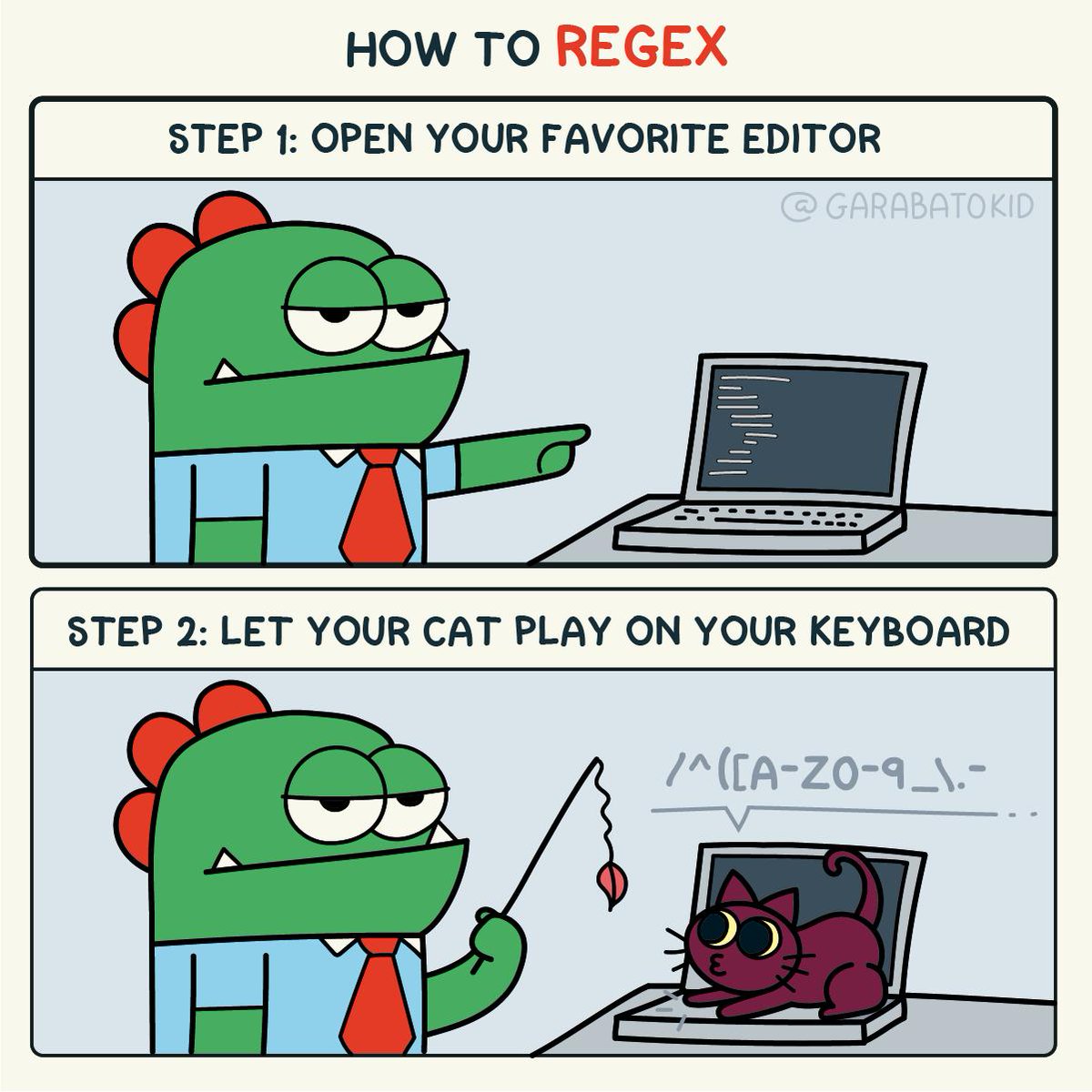 We can use it to validate our input fields. RegEx is used to search, parse and validate input.

In JavaScript, a regular expression is simply a type of object that is used to match character combinations in strings.

This is one example on a regular expression. It consists of a pattern enclosed between slashes.

There are some basic sign, we need to learn, when working with regex

The above returns true as long as there is one or more of any of the characters in the set.

The ? operator. This makes the preceding character optional. The ‘s’s have been deemed optional.
The /i flag makes this case-insensitive which is why ‘cats’ will still match with ‘Cats’

If you ever want to search for a slash, you need to escape it with a backslash

\w is the same as [A-Za-z0-9_]: Each matches any single alphanumeric character or underscore

We can use regex to validate our input fields

Is there any letter?

Is there any numbers?